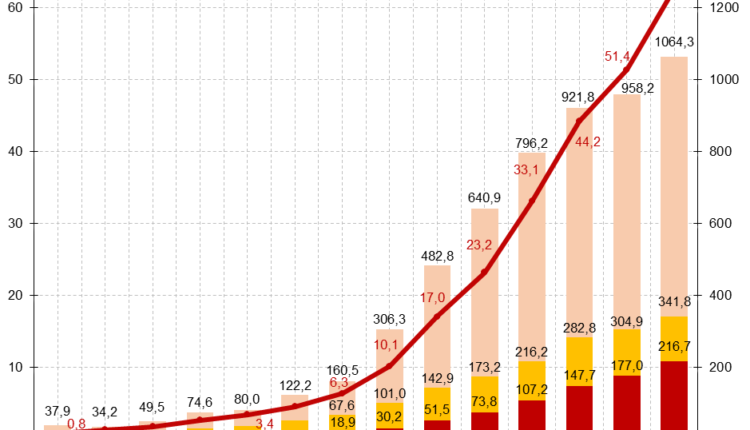 Indicators of project financing equity housing construction in February 2020 continued to grow, according to results of a survey of authorised banks, which can open a current account developers escrow account for payments under contracts of participatory construction.

More than 11 thousand, or 22%, increased the number of escrow accounts. As at 2 March 2020, it amounted to almost 63 thousand accounts. The amount of funds placed by the participants of shared construction on escrow accounts, increased to 216,7 billion roubles, having increased for a month almost 22%.

943 banks concluded credit agreements with developers. The amount of the credit lines exceeded 1 trillion rubles. The debts of developers before the banks evolving based on the needs of developers in funds for construction, made up 341,8 bn.

In half of regions of Russia completed 104 projects with the use of escrow accounts: in 43 subjects disclosed more than 4.4 thousand accounts escrow, the amount of money transferred from them to the developers and banks in repayment of loans — almost 10 billion roubles.

Monitoring of sectoral financial flows: a revival of economic activity at the end of…

The method of repair in CTP: a new stage of discussion